omgosh, it’s been such a long time I couldn’t work out how to post a entry. (But I got there in the end)

I recently upgraded my laptop to OS 10.10.2. I know you should wait for a bit before doing system updates however I don’t really think when I update my mac, the app store always gives me pop ups telling me this needs an update and won’t go away until I update whatever it needs so I just always click “update now”. Whatever.

I also recently got adobe CC, by recently I mean Dec 2014, So i’ve had it for a while. It’s got a few problems which I might talk about another time. Anyway, since the OS upgrade I’ve been getting these annoying problems. I don’t know what they are call but pop ups become un-alined. Confused? yeah, it’s a strange problem. Have some screenshots.

So here I’m on the aligned window and I’ve clicked the little icon on the right to give me a drop down menu which has for some reason appeared top right. 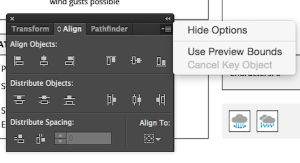 I get the problem with other menus too. It makes things quite annoying and slows down the working progress.

The most annoying problem I have come across is the save window being half off screen and unable to move it. 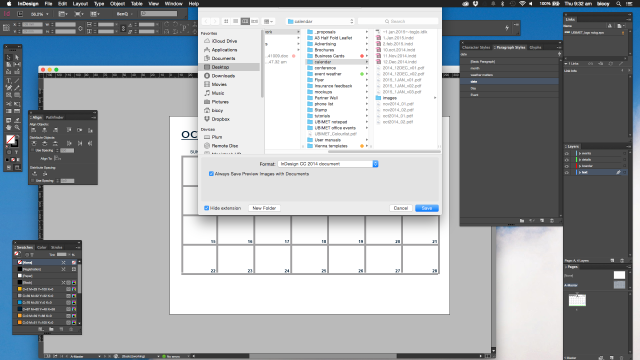 In the end I fixed this problem by changing the size of my display, moving the save window and then resetting my display.

For the other problems, sometimes they fix themselves, sometimes I delete all my preferences, which is not fun.