It’s been a while since I’ve done any drawing, trying to get use to using the tablet again. My hand hurts :\

After having most of the weekend off, it’s back to uni work. We’re approaching week 8, I feel like I’ve been going in circles for a bit. I hope I manage to setting down soon, have a path ahead of me so I know where I’m going.

I handed in my research strategies essay yesterday, I’m so proud of myself :D

I also go feed back on the precursor project, we didn’t get the actual mark back but we got like mini marks in areas of our presentation. I’m happy with what I got, I was worried I would have gotten much worst but I’ll wait for the actual mark, the 3 lab teachers need to get together to make sure they are all scoring on an equal scale.

Anyways with the RS essay handed in there’s a clam before the next hurdle of assignments and what nots. I want my essay feed back before I start the second essays but I’ll start to hunt for more information, build my notes up and such. But yeah, it’s a time of rest. 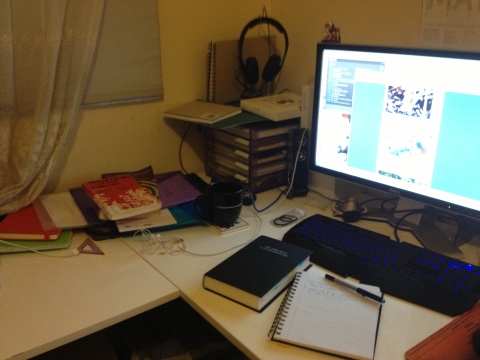 So my desk has slowly gotten more messy over the weeks >.< I’ve got one essay due on Friday and then the first hurdle is done. I’ve got big plans for the calm before the next storm, first thing will be a quick tidy of the test. Second will be collecting information for the round 2 essays and also SEWING! :D

Lately uni has been feeling a bit like QWOP

For a belated birthday gift I was given a new router, yay. My old modem was about 3 years old and the wireless on it had just stopped working. It had been flaky for a while and slowly got to the point where I just could no longer connect to the wrieless. It sucked.

So yes, very happy that I have a new modem (it’s a Netgear N150 Wireless Router btw). Wireless wasn’t so much a problem until I got plum, who doesn’t have a ethernet port. So yeah, I’m one happy panda

I tend to make stupid faces while thinking, I try not to think too hard when I’m out in public these days… 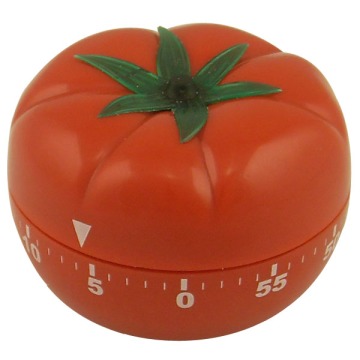 So in research strategies we have been learning time management and one of the things we were taught was the pomodoro technique, basically you spend 25 mins working on one task and only that one task. This website explains it much deeper.

The idea is pretty neat, but I don’t think it’s something I could do. I’m too much of a fidgety person, I know if I time myself to do something I’ll end up looking at the clock more then doing work. But I’ve been told it works for people. I tend to find starting work is one of the harder parts of doing work, I think my pomodoro would be spent trying to start work rather then doing work, so I like to go at my own pace, I find once I do manage to start I get on a roll. I guess to really see if pomodoro is for me I should try one… but I really do enjoy going at my own pace.

So I ended up using my post about the 12 types of heroes in my research strategies first essay, so that’s like 300 words out of 2000, huzzah. For a while I was having a hard time thinking what I wanted to write, I knew I wanted to write about Joseph Campbell but I wasn’t sure who else.

But now I have a better idea, I’m first going to talk about Goethals and Allison’s paper about Heroes, why we need them, the 12 types of heroes, what influences heroes have on us. Then join that up with Joseph Campbell and Monomyth. Talk about what video games follow the Hero’s Journey and then end it with moral choices and then stuff… It might change, it might not. I’m trying to get a draft done by Tuesday so the study group can swap drafts with each other. I like being apart of the study group. It really helps me and makes me work harder and I have friends who I can rely on and ask stupid questions to.

Also yesterday I ended up using subway to explain how monomyth works… it got into a stupid argument.

My third edition copy of The Hero With A Thousand Faces vs the RMIT’s copy which I have no idea which edition it is. 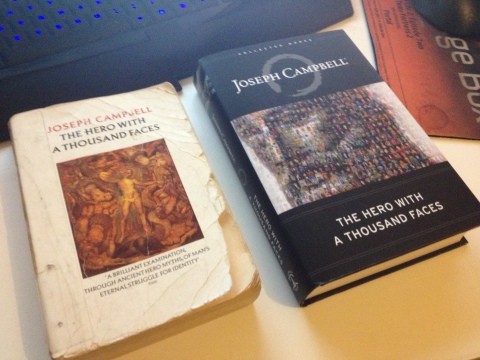 Also why does my keyboard show up so BLAH in photos from my phone? :S

As Gethals and Allison mention there are 12 types of heroes. They call it a Taxonomy of heroism. Out of the 12, two of them are the types that put themselves at physical risks. These are the military personnel and courageous civilians. The remaining ten are heroes who take social risk.

1. Trending heroes
As the name mentions, trending heroes are heroes whose influence are always changing, it can be either on the rise or on the fall. Trending heroes can be stars or presidents, they follow the laws of gravity, what goes up must come down.

2. Transitory heroes
The 15 minutes of fame hero. Unlike trending heroes, transitory heroes have a very short self life. After their heroic act and glimpse of fame they are forgotten.

4. Tragic heroes
Heros who become their own downfall. Oedipus, Hamlet, Macbeth and Brutus are some of the best examples for tragic heroes.

5. Transposed heroes
Individuals who start as a hero and convert to a villain. While Tragic and Transposed heroes both fall from the hero status, Tragic heroes never recover. Transposed heroes on the other hand will thrive in their new role, making the choices to become the villain. Best example of this is Harvey Dent/Two-face from batman.

6. Transparent heroes
The behind the scenes heroes. The most under-appreciated hero. They are our teachers, our parents, healthcare workers, etc.

7. Traditional heroes
The prototypical hero, the classic hero. Noble, morally good and all that jazz. (my words not Gethals and Allison)

I think it’s really nice having all these types of heroes, it really helps explain what a hero, how to define one and how some of us have heroes that other people wouldn’t see as a hero. It also helps you see why someone is labelled as a hero. I also think it’s really good to know that a hero isn’t just a knight in shining amour ready to take down the dragon and save the princess, you don’t need to be physically strong to be a hero.